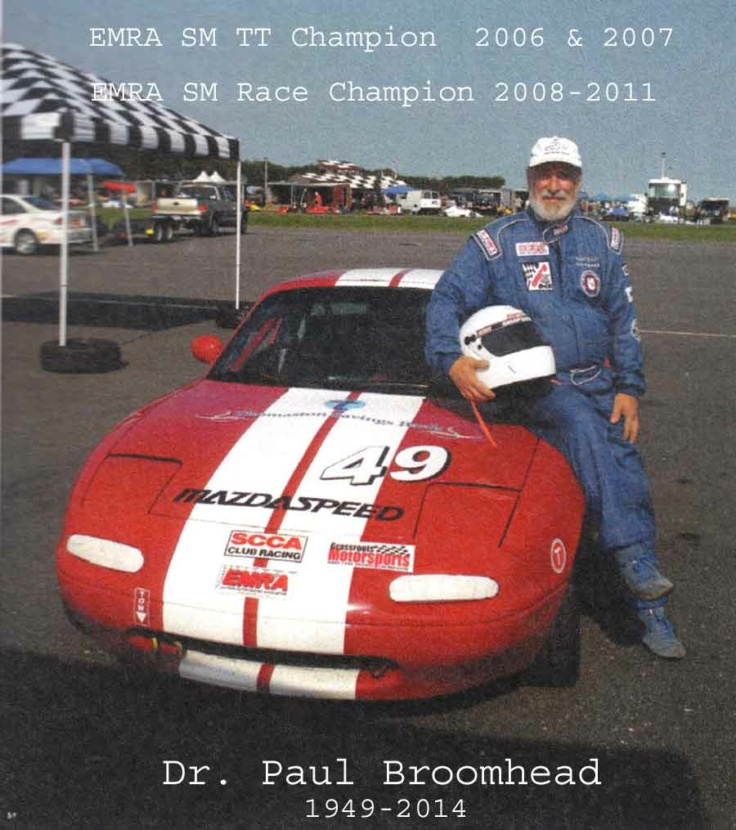 THOMASTON — Paul C. Broomhead, 65, of Thomaston, passed away peacefully on Saturday, Nov. 1, 2014, with his loving family by his side.

Paul was born Jan. 18, 1949, in Brooklyn, N.Y., to the late John and Florence (Petersen) Broomhead. He resided in Glen Rock, N.J. most of his adolescent life before attending La Salle College in Philadelphia. He then lived in Bologna, Italy for seven years, where he completed his medical education at Universita di Bologna in 1977. He learned to speak fluent Italian in order to attend this university.

His medical career spanned many years and venues. He completed his residency training in internal medicine at Saint Mary's Hospital in Waterbury in 1980, where he met his wife, Mary Ann. In 1981 he started his medical practice in Thomaston, where he continued to care for his patients for the past 34 years. He was the medical director for Elderly Health Screening Services for 22 years, the Whitewood Rehabilitation Unit, Thomaston Public Schools, the Thomaston Ambulance Corps and the Thomaston Fire Department. He was an assistant medical examiner for the State of CT for 20 years. In January 2003, he was inducted as a Fellow into the American College of Physicians, an achievement he took great pride in. And most recently, he was appointed the Chief of Medicine for Waterbury Hospital.

Paul was greatly involved in the community. As the chairman of the Thomaston Opera House Commission (1991-2002), he was instrumental in the reopening of the Opera House. The next time you visit the Opera House, you can see his handiwork in the beautiful stenciling on the walls. Since 1986, he performed endless hours of community service as a member of Thomaston Rotary Club. He was a member of the board of directors for Thomaston Savings Bank since 1995, as well as a member of the Ten Fold Investment Club. He was the initial driving force and inspiration behind the dream of at last having a track for the Thomaston community.

Paul enjoyed many hobbies including fishing, cooking, swimming, skiing, painting, photography and farming. The corn and pumpkins he and his family grew were seen many summers and falls at the Country Grocer and on the roadside farm stand near his family's home. He swam competitively for LaSalle College and was the only American member of the Universita di Bologna swim team. His most recent and most loved pastime was auto racing, with his close friend, Tommy Minuto. He had great passion for competing in the Eastern Motor Racing Association (EMRA) and Sports Car Club of America (SCCA) spec Miata class events.

In addition to his wife of 35 years, Paul will be missed by his four children, Matthew of Thomaston, Jeffrey of Terryville, Susan Taylor and her husband, Richard, of Abilene, Texas;, Jennifer Henckell and her husband, Ricardo, of Alexandria, Va.; Tony Lee (his fifth child) and his wife, Lily, of Thomaston; stepdaughter Jane Haines and her husband, Peter, of Richmond, Va.; his grandchildren, Gabriella Henckell, Jacob and Jody Lee; his sisters, Jean Carnevale of Allendale, N.J., Bonnie Siebert of Hawthorne, N.J.; as well as his niece, Caryn Mooney, his many cousins and numerous friends. 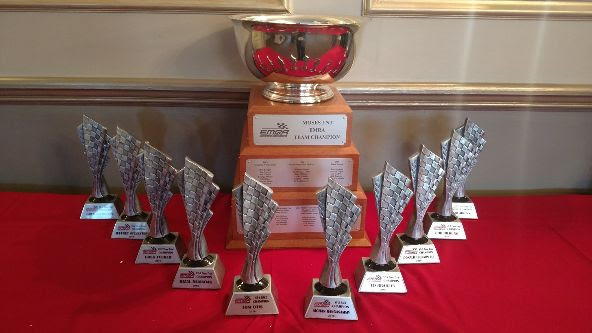 Eastern Motor Racing Association Presents: The 2022 Awards Dinner You are Cordially invited to the 2022 EMRA & FRCCA Awards Dinner. This event will be held on Sunday, February 26th at 1pm at

You are Cordially invited to the 2022 EMRA & FRCCA Awards Dinner. This event will be held on Sunday, February 26th at 1pm at the Ramsey Country Club
Entry fee is TBA

Come enjoy a great buffet with a with a wide variety of choices including vegetarian options.

Come celebrate EMRAs 53rd season and all the 2022 class leaders!

Awards will be presented to champions in each class